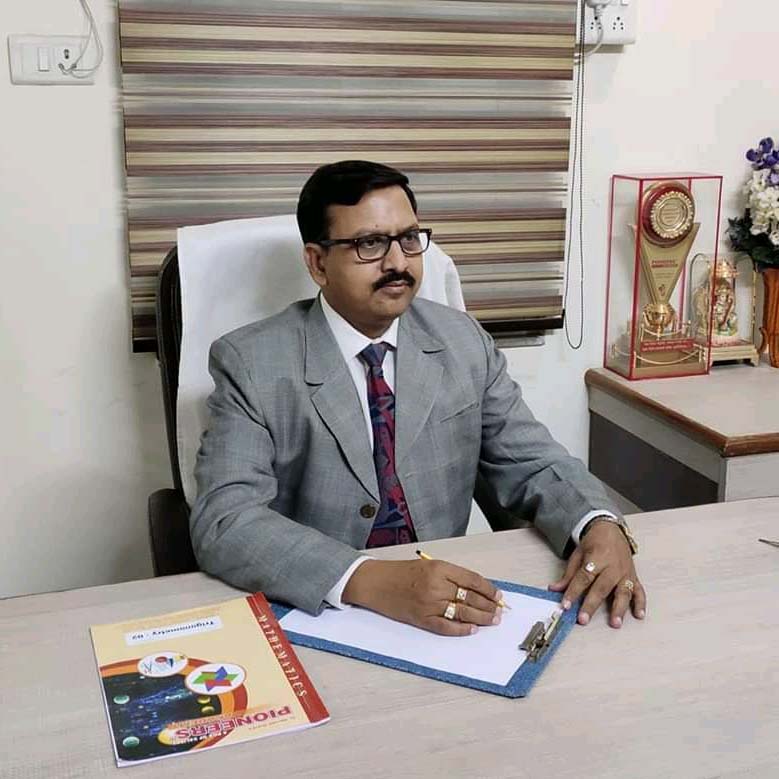 DR. Navneet Gupta is a Mathematician born and brought up in the city of education- Kota. Since the last 25 years, he has been teaching Mathematics and Pedagogy of Mathematics to various sections of students' fraternity. An intrinsic ability to understand and teach Mathematics has led him to dedicate his life to the subject. When the entire city of Kota was exploring a career in IIT-JEE and Pre-Medical, Dr. Navneet Gupta sought a career in core Mathematics for College Students. His interest in teaching made him start teaching his classmates when he was in grade 12th, though officially he started teaching the subject in 1994. Since then he has been an unstoppable force. Over the period of time he realized that it is not only the subject which matters for the students rather the Psychological part also needs to be catered. This thought took him to pursue for the highest academic degree in Education also. He went for a Ph.D. in Education with the title “A study of cognitive preference styles of mathematics students and its relation with their attitude towards Mathematics”.

Above research work is based on Psychology and very significant for students of Mathematics. This complete study is instrumental in understanding the mathematical attitude and cognitive preference styles of students by which not only the education fraternity can improve the mathematical thoughts and learning but also can prevent the student from falling prey to anxiety & depression.

Dr. Navneet Gupta is a renowned teacher trainer. Apart from being a faculty member at the most prestigious B.Ed college of Kota, he is regularly invited at Summer Training Sessions for Teachers of Mathematics at Kendriya Vidyalaya, where he shares the teaching techniques with teachers including how to prepare a blueprint of question papers and how to frame the questions as per the objectives of question papers.

Above all this, he is an extremely soft-spoken and pleasant personality who is always available for his students as a real mentor. For Dr. Navneet Gupta Mathematics is not only a subject to study but with his strong belief that Mathematics is the base for most of the science existing in the world. As a philosopher he takes it as a way of life. The best part about his journey is that he has never finished his learning and always been a student. While being an established academician he pursued degrees and certificates like M.Sc., M.Phil., GATE, NET (MATHEMATICS), M.Ed., M.A.Ed., Ph.D. He joined and actively participated in various national level seminars and workshops on education.